It is extremely difficult for any of us to actually surprise ourselves. Because to surprise oneself, one has to break routine and do something we’ve never done before to the point where it does not meet the expectations or perceptions that we’ve set forth. What we oftentimes find is that our expectations are not just extremely low, but our focus is off, we get distracted, furthermore, we lack belief in ourselves and those around us. The thing is we can truly do anything we set our minds to. But we can also make elaborately grandiose plan and never reach our goals because in the blink of an eye, we may end up in a hospital from a nearly fatal car crash. We could even die at any moment and it will be as if everything we’ve ever worked for has amounted to nothing. We never truly know when it will be our last breath. So we must give it all we’ve got 100% of the time, every single day. 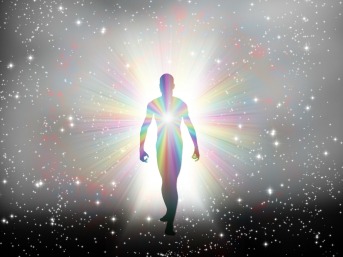 But how do we give our all in a world of so many uncertainties? Everything is such a risk. Dating nowadays has become a game. The business world has evolved with social media. People that once became rich off of certain investing strategies are going under in our ever evolving society. We still haven’t solved all of the major quantum physics and even philosophical paradoxes and puzzles that drive humanity. Yet in all of the buzz and confusion; through trial and error, some string of luck, and even top tier coaching, there still happen to be standout peers that breaking out of the mold practically doing the impossible.

I personally haven’t even found myself a wife. Or maybe she simply hasn’t found me. The dating world practically seems impossible for me. I have friends that have gone under with businesses. Others that have become millionaires with little to no money, some of these people with zero college education, and or high school drop-outs.  What is it that they are getting that everyone else isn’t? I am here to tell you it is not some special pill or a spark of brilliance. The truth of the matter is, we are all brilliant in our own way. But when we begin to know ourselves, and I mean truly know ourselves, our wildest dreams begin to unfold before our eyes. There’s a saying, “Be careful what you wish for!” Because you just might get it all, and then some you don’t want. You like that Daughtry quote right? It’s true though.

I remember back in Elementary School when I was AAU/USA Wrestling Rec League for the Pin2Win Club in Hampton, VA, there were many cases where wrestlers would seemingly come out of nowhere, come from terrible losses, and end up closing out seasons with state and national championships. One of my teammates and practice partners was a phenomenal wrestler that had quite the turn around too. There was a tournament we both went to, a Mason Dixon qualifier. It was a round robin tournament, and he and I were in the same weight class with another top tier rival of ours from Great Bridge. How it worked out is that we were in a four man bracket and everybody had a loss. The last match left was between my practice partner and the Great Bridge kid. If my practice partner pinned him, I’d win the tournament and he would walk out with second, the Great Bridge guy third and the other kid fourth. If he did anything BUT pin him, even if he won, the Great Bridge Wrestler would win the tournament. I pulled him aside, gave him a pep talk, and told him that he HAS to pin the kid. I repeated it. Basically told him to get it in his mind that the second he walks on that mat, he is going to pin the kid in the first round.

I don’t think people realize the power of sheer focus and self-confidence, the belief that no matter the odds, that failure is not an option. My practice partner pinned the Great Bridge wrestler. But not only did he pin him, he went on to become arguably one of the best wrestlers in the nation for many years to come winning various state and national titles. He surprised himself that day. He didn’t just surprise himself, he surprised his family, his team, everybody. People had low expectations in him. He had low expectations for himself. But when he got it into his mind that he could beat out the best of the best, his confidence rose, and he realized his true greatness. And let me reiterate. We ALL have greatness within us! All of us are adults now. Wrestling memories are just that, they were some good times. But none of us have any hard feelings or angst towards each other. I’d say that we’d each gained a level of respect for one another that day, a level of respect that cannot be taken away!

You can achieve anything you set your mind to. Persistence is key! But focus and belief is the cornerstone! A guy I know of from the UK became a multimillionaire business consultant at a young age. But before things took off for him, he was reaching out to and interviewing other millionaires, many which are very well known to the general public to learn how they made so much money! And he tells a story about how one of the guys in specific answered that the number one factor in determining success is focus!! That’s it. When you focus, you will shock the world, because nothing will distract those that see the results in fruition before them actual come. If you want to surprise yourself, if you want to surprise the world, you have to have some faith in yourself and take some risks! You have to not give you! And most importantly, you MUST be focused on the goal! This applies in all areas of life!